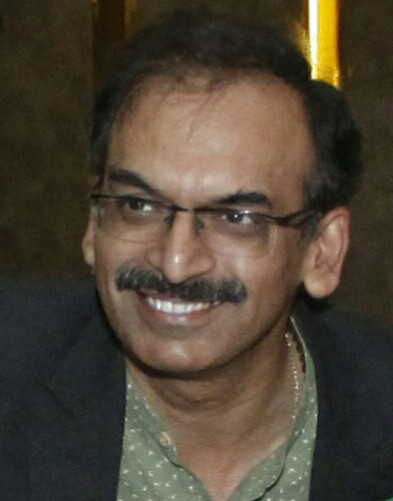 Dr. N. Purnachandra Rao has an M.Sc.(Tech.) and a Ph.D. degree in Geophysics from the Osmania University, Hyderabad, and also a D.Sc. degree in Seismology from the University of Tokyo, Japan. He is currently a Chief Scientist (Scientist G) at the CSIR-National Geophysical Research Institute, Hyderabad. He heads the multi-disciplinary Koyna project related to a reservoir triggered seismic environment, where setting up of a deep borehole earthquake observatory is underway. Dr. Rao specializes in seismic waveform modeling for both earthquake source mechanism and crustal structure. His current interests include ambient seismic noise correlation and reservoir triggered seismicity. He was involved in the Global Seismic hazard assessment program of the Indian region and was the principal investigator from NGRI for the first Seismic Microzonation project of the country in Jabalpur, central India. Dr. Rao has worked extensively on the seismotectonics of the Indian plate region based on focal mechanism and stress modeling studies. His work has provided several new models for the Indian plate tectonics, the most significant one being an explanation for the cessation of subduction in the Burmese arc region – a result that appeared on the cover page of the Geophysical Research Letters (2005). He was the first to propose a unique “pop-up” uplift mechanism for the Shillong plateau in 1997. Dr. Rao has about 70 published papers, reports and book chapters to his credit. Currently he is guiding 8 Ph.D. students including 2 from Vietnam. He is the Principal Investigator of about 6 research projects. He is also a Professor at the Academy of Scientific and Innovative Research (AcSIR) where he teaches Advanced Seismology and Geohazards to Ph.D. students. Dr. Rao was the first recipient of the ONGC-AEG best Ph.D. award when it was instituted in 1997. He is also a recipient of the prestigious Alexander von Humboldt fellowship of Germany. He was a Visiting Professor at the University of Tokyo in 2008 and a Raman Research fellow at the University of California, San Diego, USA in 2009. He is a recipient of the National Geoscience award (2016) of the Ministry of Mines, Govt. of India. He is a Fellow of the Geological Society of India and a Fellow of the both the Andhra Pradesh and Telangana Academies of Science. He is a member of several important committees including the Earthquake Engineering sectional committee, and the CED-39 working group of BIS, for standardization of post-earthquake damage assessment of buildings, Govt. of India, and the Department of Atomic Energy committee for Tsunami studies. He is an Associate Editor of the Journal of Earth System Science, Editorial board member of the Journal of Asian Earth Sciences and Editorial Board Advisory member of the Indian Journal of Earth Sciences. He was a Guest Editor for a special issue on the 2005 Kashmir earthquake in the Journal of Seismology, and the 2015 Nepal earthquake in the Journal of Asian Earth Sciences. Additionally, Dr. Rao is a spokesperson and Social Media Handler of CSIR-NGRI dealing with the press and media for the past several years.