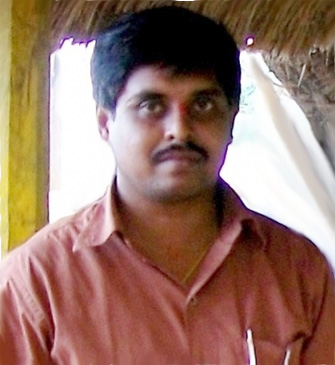 Dr. Yellappa, Thoti received his M.Sc degree in the year 2000 from Sri Venkateswara University, Tirupati, Andhra Pradesh and his Ph.D. degree in the year 2013 from Osmania University, Hyderabad. He was awarded CSIR Junior Research Fellowship in 2002 and worked as CSIR-JRF at National Geophysical Research Institute, Hyderabad for one and half years. Later he moved to the Atomic Minerals Directorate, Department of Atomic Energy, Government of India as a Scientific Officer ‘C’. There, he worked for two years in the field of Uranium exploration in Bastar craton, Central India by using Radiometric survey, Radon aminometry, Geological mapping and drilling methods. In the year 2006 June, he came back to his previous institute (NGRI) with his research interest as a Scientist. Presently he is working on the Tectonics evolution of Precambrian Cratons and high-grade terrains (SGT) by using structural mapping, geochemistry and geochronology. He published 18 SCI publications in several national and international journals. He reported Neoarchean and Neoproterozoic suprasubduction zone ophiolites from the Cauvery Suture Zone, Southern Granulite Terrain, India for the first time.